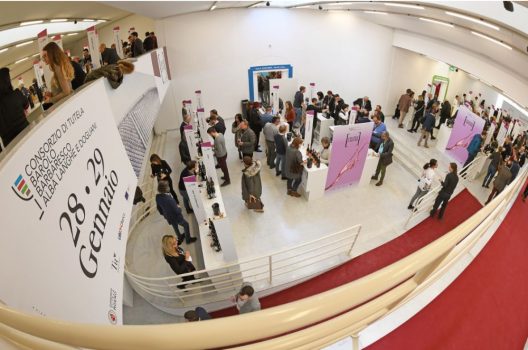 In the splendid snow-covered setting of the Langhe, the fourth edition of the Piedmontese preview was held on 28 and 29 January, signed by the Consorzio di Tutela Barolo Barbaresco Alba Langhe and Dogliani and the Consorzio del Roero.

With about 2000 registered entries, including sommeliers, buyers, restaurateurs and press, the just concluded edition of Grandi Langhe – the event dedicated to the new vintages of Barolo (2015), Barbaresco (2016), Roero (2016) and other Doc wines of the territory – doubles the participation and marks a real success for the city, the producers and the participants, thus starting the period of wine previews.

“We are very satisfied with the recently concluded edition of Grandi Langhe – declared Matteo Ascheri, President of the Consortium for the Protection of Barolo Barbaresco Alba Langhe and Dogliani – There have been many news, first of all the advance to January which today I can say It turned out to be an absolutely right decision. For this fourth edition we wanted to position ourselves as the first preview of the year, certainly risking the meteorological problems of the period, but also meeting the needs and agendas of the professionals to whom this event is aimed. certainly to say that the innovations introduced in this Grandi Langhe have brought excellent results, but we are already thinking about the future: in particular the next events of 2019 ¬ – declared by the Piedmont Region the year of Dolcetto ¬- and of course the next edition of Grandi Langhe ” .

206 wineries present at the Palazzo Mostre e Congressi ‘G. Morra ‘, about 2000 admissions of registered professionals, 21 sommeliers under 35 from ten countries, 150 journalists and international influencers and 6 in-depth seminars also appreciated by the international public: these are the numbers that have contributed to making Grandi’s experience Memorable Langhe.

“This edition of Grandi Langhe was a success and the strong turnout recorded confirms that we are on the right path. – says Andrea Ferrero, Director of the Consortium for the Protection of Barolo Barbaresco Alba Langhe and Dogliani – We worked in synergy with the Langhe Monferrato Tourist Consortium Roero to offer an edition full of novelties and high quality levels with the aim of improving ourselves more and more and establishing ourselves as an unmissable event for the world of national and international wine”.