THE CONSORTIUM REPRESENTING BAROLO & BARBARESCO ANNOUNCES FIRST “WORLD OPENING” IN THE U.S. MARKET WITH 2016 AND 2017 VINTAGES 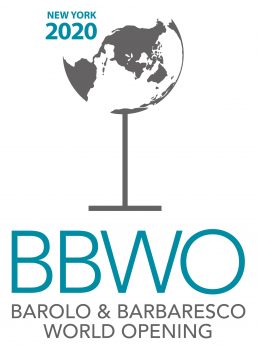 Promotion of Piedmont’s Two Iconic Red Wines Begins September 2019 and Culminates in a Series of Events for Press, Trade, and Consumers in February 2020 in New York City.

September 3, 2019 (New York, NY) – The Consorzio di Tutela Barolo Barbaresco Alba Langhe e Dogliani, the association representing almost 500 wineries in Piedmont, Italy, is pleased to announce the launch of an integrated communications campaign in the U.S. with events for press, trade, and consumers that includes media relations and social media. With Colangelo & Partners as their agency of record, the campaign will focus on growing awareness and excitement in the U.S. market for the release of the much-anticipated 2016 Barolo and 2017 Barbaresco vintages.

Activities begin in September 2019 and will culminate in early February 2020 with the Barolo & Barbaresco World Opening event in New York City. On February 4th, the wines will be presented to the U.S. market on a scale never seen before from this region in a combined effort of 200 producers pouring their Barolo and Barbaresco at a Grand Tasting for press, trade, and consumers. During the tasting, both the Barolo DOCG and Barbaresco DOCG appellations will be poured as well as a selection of single-vineyard labels of both wines.

“For the first time, the Consorzio will be bringing two hundred Barolo and Barbaresco producers to New York, underlining the importance of these wines to our region and among the great reds of the world,” says Matteo Ascheri, President of the Consortium. “We wish to showcase the unique features of these wines by presenting as many MeGAs as possible, which we aim to do with the world’s first organized tasting dedicated to single-vineyard Barolo and Barbaresco.”

On February 5th, Masters of Wine, critics, judges, and sommeliers will be hosted from around the world to partake in the World’s Best Palates tasting with the aim to assess the overall quality of the 2016 and 2017 vintages. The sommeliers, coming from as far away as Africa, South America, Oceania, and Asia, will represent a tasting in which palates from all over the world get to taste, assess, and enjoy Barolo and Barbaresco. The resulting scores of the tasting will be unveiled later that evening during an exclusive Gala Dinner in downtown NYC, where guests will be serenaded by the sounds, tastes, and culture of Italy.

“We are eager to welcome the panel of MWs, judges, and wine critics from the five continents in what will surely be an innovative tasting,” continues Ascheri. “The Gala Dinner gives us the opportunity to share and celebrate our wines and cuisine in a grand finale with the world.”

The renowned Barolo and Barbaresco wines, often called the “king and queen” of the Langhe region where they are made, are produced from 100% Nebbiolo grapes. Age-worthy and complex, these wines have a long history of production in Piedmont and express the region’s micro-climates with great nuance. In addition to the Barolo DOCG and Barbaresco DOCG appellations, producers may use the term MeGA (Menzioni Geografiche Aggiuntive) on qualifying labels to indicate single vineyard bottlings. Indeed, the main focus of the Grand Tasting will be an area dedicated to these MeGA wines.

The territory of the Langhe, situated in the southern part of the Piedmont region between the Alps and the Apennines mountains, was named a UNESCO World Heritage Site for the cultural heritage of its vineyard-covered hills, a manifestation of wine traditions that have evolved since pre-Roman times yet remain central to daily economic activity and social life of the region. The region’s distinctive microclimates and unique geological soil type can be tasted in the glass year after year, making the Langhe the home of some of the world’s most respected wines, among them Barolo and Barbaresco. To uphold the quality of these wines and its land, the Consortium maintains strict agriculture guidelines, such as the yield per hectare planting regulations set in 2011.

For more information about the Barolo & Barbaresco World Opening events, contact Diana Zahuranec at dzahuranec@colangelopr.com or Ilaria Bertini at comunicazione@langhevini.it.

About the Consorzio Di Tutela Barolo Barbaresco Alba Langhe E Dogliani: Founded in 1934 and representing 492 wine producers across multiple appellations, the Consortium is committed to the management, protection, and promotion of the Langhe, Alba, and Dogliani wine denomination. The Consortium ensures high quality by a set of formal production guidelines for the entire winemaking process, from agronomy to market surveillance. The Consortium continues to perform periodic sampling of wine products on the market to prevent fraud and to protect the wines’ authentication and reputation. Barolo & Barbaresco are registered trademarks in many countries throughout the world.