The ancient grape from Monferrato

This vine produces red grapes and has been cultivated throughout Piedmont for many centuries. The area of cultivation corresponds to the feudal lands of the Monferrato nobility, initially a Marquisate and later a Dukedom. Barbera is a very adaptable vine, capable of resisting in various types of soil and micro-climate and of responding with constantly high yields and a richly-coloured must. Barbera grew in importance towards the end of the 19th century owing to its resistance to Phylloxera, the vine disease that had destroyed many vineyards. It was soon the most widely-grown Piedmontese vine and Barbera wine was present on every countryman’s table.

The Barbera vine is a vital part of the Langa wine universe, a territory capable of producing both grand wines for ageing and youthful reds to be enjoyed immediately. In the past, Barbera was considered too ‘rustic’ to be fully commercial but with time this opinion has changed: with careful vinification some truly excellent wines have been produced with this grape, both for immediate consumption and for medium-term ageing with good preservation of their original characteristics. As for Nebbiolo, Barbera brings with it the typical features of its area of origin: the soft imprint of those calcareous marls that are often called ‘le terre bianche’ (‘the white earth’). 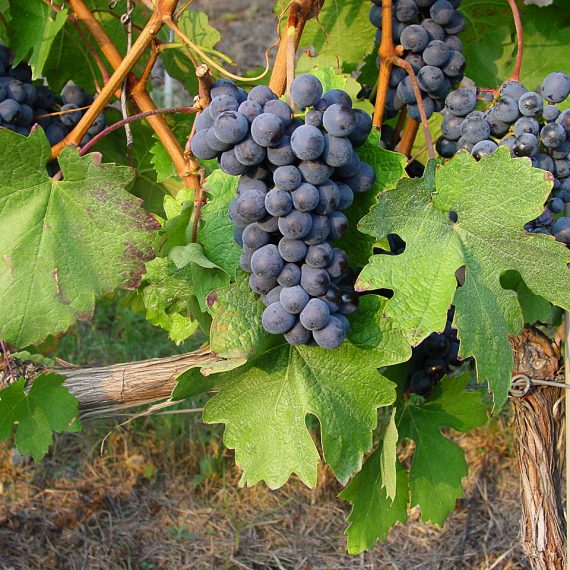