A grape that sings Langhe

Dolcetto is one of the area’s most typical indigenous vines and is cultivated just about everywhere. It grows best in calcareous marly terrains on hillsides from between 250 m and 600 m above sea level, but can ripen successfully even above 700m in altitude.

Despite not being particularly vigorous nor possessing special resistance to vine diseases, Dolcetto’s popularity has persisted owing to its versatility: the grapes are good to eat raw or can be cooked to obtain a kind of jam, called ‘cognà’ which is eaten with local cheeses. And, of course, Dolcetto wine is a simple but delicious product of the local hills.

The vine’s name derives from the exceptional sweetness of the grape but is misleading as far as the wine is concerned, as this is definitely dry, moderately acidic and possesses a pleasant bitterish after taste. The vine can give rise to both fresh, light wines capable of adaptation to any meal, or fullerbodied and well-structured ones that tolerate up to seven years of ageing – all according to the area of cultivation and to how they are developed in the winery.

During the 1920s and ‘30s, Dolcetto grapes were used as a health cure – the so-called ‘grape therapy’ -when grapes were consumed for their health-giving properties. Dolcetto was popular because of its low acidity and tannins and sweet flavour and was supposed to have a “diuretic, laxative, decongestant and purifying effect on the liver.” 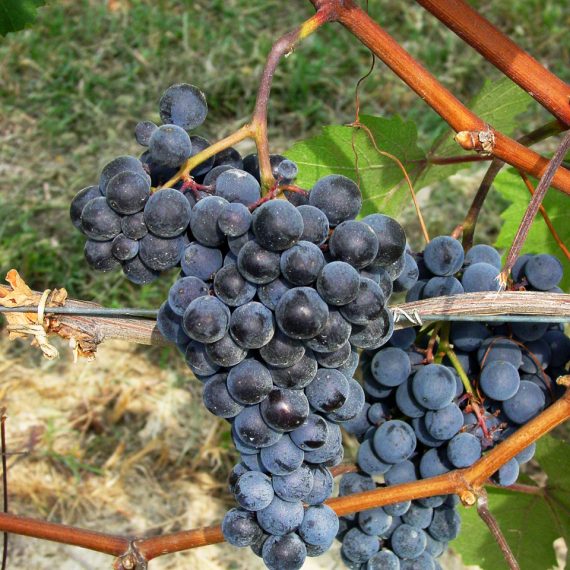